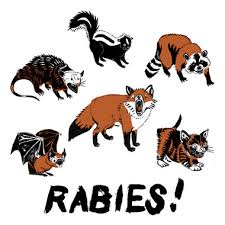 Living close to nature exposes our pets to potential risks, one of them being rabies. Rabies is a virus that is contracted through a bite from an infected animal. (Humans as well as pets can be infected.) Many species of wildlife can carry and be affected by the disease, becoming vicious, crazed, and acting against their normal nature. Fortunately for our pets, rabies is a preventable disease; we just need to ensure that they remain up to date on their vaccinations.

Once contracted, the rabies virus attacks the central nervous system of an animal, causing them to become fearless for a period of time before the animal actually succumbs to death. You can think of it as pushing the animal to act outside its natural behavior; for example, docile animals become vicious and won’t back away when confronted, or nocturnal animals stay out during the day. Here is the general cycle of the disease, and some of the observable symptoms: 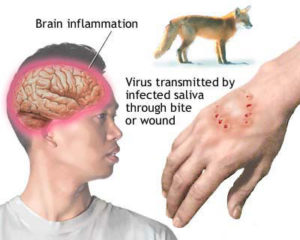 Phase 1 (as the rabies virus takes hold): The animal exhibits fatigue, vomiting, fever, and may refrain from eating.

Phase 3 (sometimes called the furious stage): The animal becomes intensely irritable. All of his senses are magnified making the animal hyper-active. The virus also blocks normal brain responses and leaves the gateway open for unnatural tendencies to occur. Once the virus takes hold of the brain the animal will start to salivate. It is at this point that the virus can be transmitted through a bite.

Phase 4 (death from the virus): In animals that are not vaccinated the rabies virus generally kills its host.

Rabies is a very serious virus, which is why it is important, for both you and your pets, to keep them vaccinated. Wild animals are beautiful creatures, but if you notice the symptoms of a rabid animal, call your local animal control immediately to help stop the spread of the disease. Dead animals should be removed promptly as well, as the rabies virus can live on the carcass of deceased animals long enough for scavengers to be affected by it. Due diligence can help prevent the spread of the rabies virus, and help keep both our pets and humans safe and healthy. 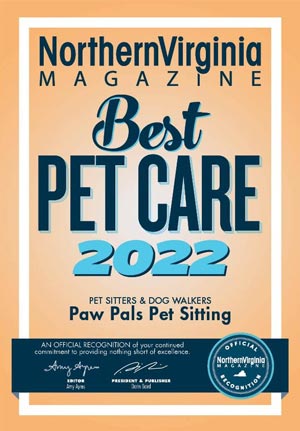 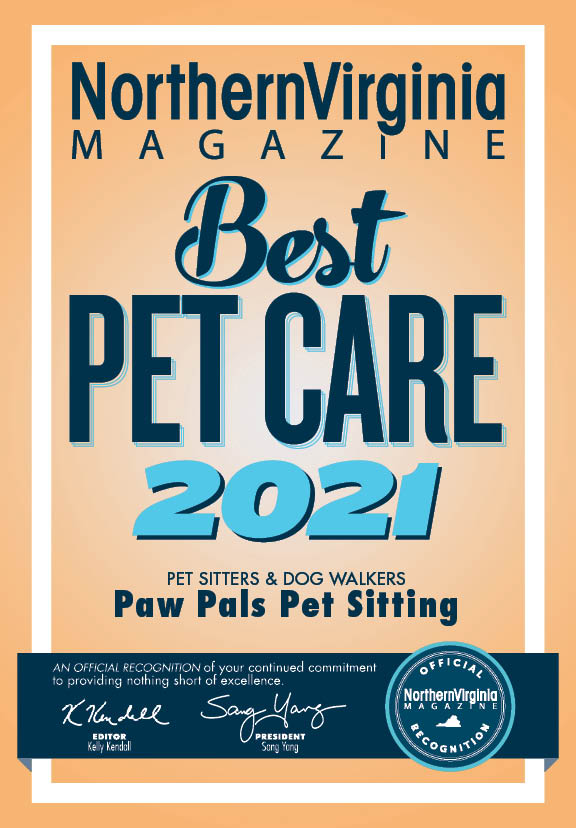 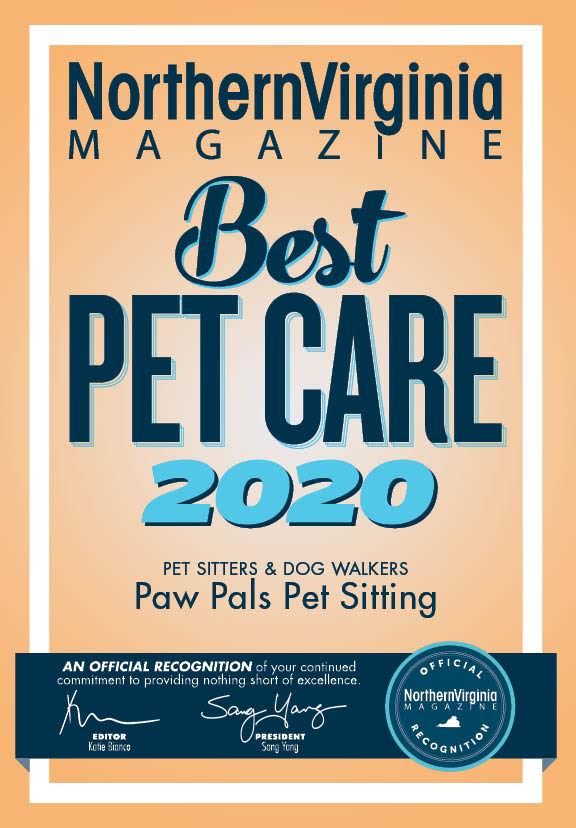 Michæl Silva
21:38 01 Jul 22
Mary at Paw Pals Pet Sitting is the greatest! She has helped me train my pooch Chico how play nice with other dogs and for that I am extremely grateful! A+A+A+A+A+A

Kwi Kim
22:37 17 Jun 22
I hired Paw Pals based on my sister’s referral. Meet & greet was very thorough and detailed. I was surprised that my finicky cat came to check the sitter out. Subsequently, a sitter watched my cat over several separate visits, and it was clear through the visit reports that my cat loved the sitter. All the visits were completed having followed my directions & with professionalism.I would highly recommend Paw Pals to anyone who’s looking for a dependable, personable, & professional sitter.

Joseph Walter
19:55 13 Jun 22
Paw Pals provided a large number of photos of our pets along with a personalized message on how our pets were doing with every single visit. I would highly recommend using Paw Pals, we'll be continuing to use them whenever we go on vacation.

Ashley Manning
09:50 11 Jun 22
Highly recommend as pet sitters!Initially, a sitter from the company will visit the house to meet the pets and learn where everything is. Tatiana took careful notes and we got her some spare keys.While we are away, Paw Pals sends sitters to come and look after our boys. They feed them, scoop litter, bring in mail and packages, and they will even manage trash, recycling, blinds and lights so that everything is comfortable for our kitties. Each time they check in, we receive an email message with updates and pictures, which is so comforting when we are on the road.Also, if you don’t let Paw Pals know when you are home, they assume something has happened and will continue to care for your babies. If something were to happen, I know they would be okay.Five stars for Paw Pals!

Brian Wood
04:08 22 May 22
We have used Paw Pals for a number of years now and would highly recommend to anyone looking for help with their pets. Great communication from owner Mary and flexibility to make adjustments in schedule as life changes over time. Have had a consistent set of walkers who have gotten to know our pup and the various walking routes around our neighborhood quite well.

Lesley Bush
13:58 18 Mar 22
We can't rave enough about Paw Pals. They took care of our 18 year old Cat and 20 year old Chinchilla while we were away and when our flight got cancelled, they were so accommodating and available last minute for an extra day. We worked with Jen to coordinate visits from Miko and Danny. I loved the pictures and updates on how our Lil geriatric guys were doing. Thanks a million, Paw Pals!! Our special pets were so well cared for.

Sebastian Barnes
01:06 17 Jan 22
I have used Paw Pals for several trips over the last few months, and they have been phenomenal every time! Mary is extremely kind and responsive, and she makes sure that my cat and dog have the care that they need every time I am out of town. All of the pet sitters that I've had have been incredibly sweet to my pets, and they treat them like their own! Will gladly continue using Paw Pals every time I need a sitter.

Julie Shildt
17:45 14 Nov 21
It has been a pleasure doing business with paw pals. We have used this company for several trips we have taken over the past 6 months. They have been wonderful caretakers for our 2 cats. Anytime there is ever a question they don't hesitate to give us a call and they leave the best notes and pictures in the emailed report of each visit. We are so glad have found such a great company.

Katie McCune
19:19 15 Jul 21
I honestly cannot recommend Mary and her whole crew enough! We started using Mary originally about 7 years ago to stop by occasionally when our Aussie Lana was younger. Over the next couple years Lana stayed with Mary and her family for a couple weekends when we went on vacation. When we moved to our new house in Manassas, Lana stayed with Sam, who lives in Manassas, overnight for moving day, and did great. Right before the pandemic, we adopted our second Aussie, Goose, and Mary recommended a fantastic trainer for him.We now have weekly walks for the dogs, and they love all of their walkers! Trevor, Paul, Hazel, Sofie, and probably a couple others have helped Goose get used to more people, and have helped my husband and me when our schedules are crazy.Paw Pals is our go-to for any help with our dogs, so I highly recommend them!

Phillip Evans
14:38 11 Jul 20
When we adopted our new dog in January, Paw Pals agreed to walk her and give her some outside time so she wasn't in the crate all day. She loved her dog walker and you could see her excitement every time the walker showed up. We moved out of the area but would recommend Paw Pals to anyone needing someone to care for their pets.
Next Reviews Write a review