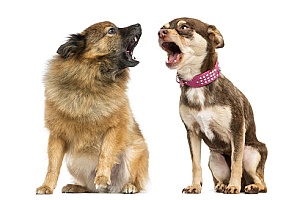 Inter-dog aggression is a common but distressing problem in households with more than one dog. Dogs will naturally establish a hierarchy among themselves, with one more dominant and others more submissive. To some extent, this is natural and healthy behavior. In fact, owners often make things worse by trying to prevent or manage inter-dog aggression.

That is because we sometimes treat our dogs like human children. We try to make things fair, as we understand it, and ensure that both dogs are getting the same amount of food, toys, or attention. For dogs, though, this is not how life is supposed to work. The more confident, dominant dog should get most of the resources and attention, and will instinctively show aggression toward the less confident dog if it challenges the dominant animal for any of these things.

There are times, though, when inter-dog aggression goes beyond what is normal and becomes an ongoing problem that must be resolved. Generally, the time to intervene is when the aggression does not stop and becomes violent. Healthy dog behavior rarely becomes truly violent, although it can involve lots of snarling, growling, and even some wrestling. This is all posturing, though. Aggression to establish a hierarchy is resolved through proper body language and behavior.
When the aggression turns violent, it becomes a problem that the owner must resolve. Here are the best ways to do that.

Verbal Control With Reward Based Training 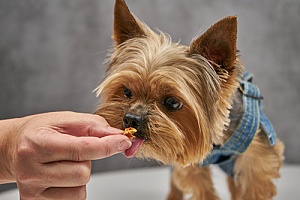 This will help you to establish verbal control over the dog. It is much easier to control a dog who is seeking to please you as opposed to one that is simply trying to avoid punishment. If the dog wants to please you, and knows that obeying your commands will earn it a reward, it will obey much more easily and quickly.

A command-response program is a training regimen in which you, the owner, control all access to all resources: water, food, treats, even social interactions. The dogs can only receive them when they are calm and behaving appropriately. When the dogs are both calm and clearly demonstrating submissive behavior toward you, they get their reward. This establishes you firmly as the one in charge, and it gives you more authority over the dogs.

This teaches the dogs that they cannot demand rewards or resources. These are provided only when you choose to provide them. Learning this will reduce the competition between the dogs, because they learn that nothing they do can get them more food or treats.

This includes plenty of play and nap time for each dog, in his or her own area with his or her own toys. This does a few things for your dogs’ behavioral health. 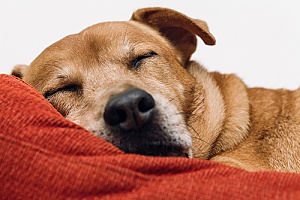 First, it provides the physical and mental stimulation they need to keep themselves entertained and properly exercised. In other words, your dog will not be bored and will not have excess energy. It also means that each dog will get adequate attention from you. There will be less competition between the dogs for resources, whether it is food or attention they are competing for, because they will both feel that they are getting all they need.

Including training in this routine maintains your clear position as the leader and reinforces your control over the dogs. Continuing to regularly train the dogs is crucial to maintaining control over them.

For some dogs you may need to establish physical control over them while you are working on establishing verbal control. A leash with a head halter gives you this control over the dog without putting you in physical danger. Pulling on the leash will force the dog’s mouth shut, and allow you to pull the head sideways, averting their gaze, or you can pull it up to allow you to look them in the eyes, which establishes your dominance.

If you would like more information on inter-dog aggression, or would like to use a dog-walking service to help manage that aggression, contact Paw Pals Pet Sitting today.